Some people think big. Big hopes, big dreams and big efforts to make those hopes and dreams come true. Me, not so much. I think modest at best, small more often than not. It’s just my basic nature, and always has been. 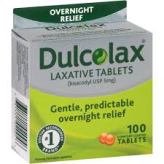 My great pal Alan, though, has a different opinion about my abilities. For example, he has urged me a few times to write a book. He, one of the handful of faithful who to my amazement truly seem to enjoy at least some of the stories I’ve been lobbing into cyberspace via this blog, believes I have it in me to design and bring forth a thriller. He has suggested that the plot be set on Cape Cod, a region I know well. Alan is a dreamer. Does he have any idea how I often strain and sweat like the King Of Constipation to squeeze out a blog entry of a mere 1,000 or so words? Alan, if you’re reading this, believe me when I say that daily doses of Dulcolax wouldn’t make those articles emerge any easier. So, a book, you say? Hey, man, are you joking? My inner strength and energies would have to quadruple before I’d be able even to begin entertaining the notion. Basically, fuhgeddaboudit.

Hmmm, on the other hand maybe I speaketh too hastily. I often do. No doubt writing a book is an alluring idea. Could it be that Alan is on to something? Has he peered deep into my core, à la Superman, and spotted an alternative me? As in the bestselling me. The me whose tightly wrought and pulsating fictional offering projects me into television and radio studios presided over by the likes of Charlie Rose, Terry Gross and Jimmy Fallon. Yeah man, I can dig it! Who wouldn’t? I mean, the royalty checks will be pouring in. The invitations to swank A-list parties will arrive by the dozens. Gorgeous girls will mob me on the streets. Yeah, I definitely can dig it.

OK, Alan, you’ve convinced me. The book is within me. Somewhere. I think. All I have to do is birth it. What should the first step be? Oh right, there needs to be a plot. Well, in that regard I’ll try not to think about what another of my great pals Dave once said. He and I went to high school with Arthur Agatston, who years later became famous as the author of The South Beach Diet books. Dave was wowed by Arthur’s success. “Neil, I’d write a book too,” Dave said to me back then, “except for one thing: I’ve got nothing to say.” 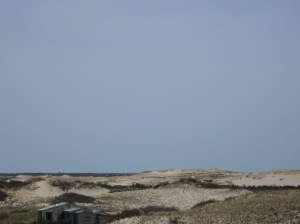 Ouch! Like I mentioned I’ll try not to think about Dave’s insightful comments. I’ve got plenty to say, don’t I? And placing the action on Cape Cod, a 70-mile-long spit of land filled with villages, sands, marshes and trees, surrounded on three sides by majestic, endless waters, is certain to inspire my writing. Think, Neil, think. What’s the most unusual and intriguing aspect of The Cape you’ve come upon over the years? I know — the dune shacks, those 20 or so primitive structures scattered among the ridiculously huge dunes of The Cape’s outer regions. Folks like Eugene O’Neill and Jack Kerouac and Jackson Pollock used to squirrel away in the shacks, seeking their Muses and churning out product. These days the shacks are in governmental hands, and are rented to modern-day hardy and artistic types (click here to read about the dune shacks). The shacks are isolated, not easy to find. The perfect scene of a crime.

Ah, the crime. What shall the crime be? Who will be the perpetrator, and who the victim? And what will be the reason that the crime occurred? You know, I believe it’s all coming together for me. Suddenly I’ve been zapped with a giant squirt of inspiration. Here goes:

I’m going to model the narrator/possible victim upon myself. Why not? I’ve gotten up close and pretty personal with several of the dune shacks over the years, walking around them, peering inside through their windows and admiring their no-facilities ambience. And for years I’ve been dreaming of the day when I’ll be spending substantial time in one of the shacks and its surrounding desert-like wilderness. Oh, the joy of peeing and dumping in sand pits or in the Atlantic Ocean! My life needs a major dose of that kind of back-to-nature reality.

Anyway, getting back to the plot. The time is autumn 2016, a Monday at 9 PM. The narrator, who goes by the nickname Cod Man, has been living for seven weeks in a shack located close to where the dunes peter out and meadows of beach grasses take over. A hop, skip and a jump beyond the grasses is the roiling Atlantic. Cod Man’s stay, per the rental agreement, is slated to end in one week. That situation is making Cod Man very nervous, because he had been confident that his shack experience would result in the creation of the book he’d put on the back burner for the past 10 years. Instead, the book, a novel about a Pennsylvania man whose world falls apart when his dog abandons him to take a job as chief mascot in Moscow’s Grand Hotel Trump, simply isn’t coming together. The reams of paper upon which Cod Man has been writing are, he fully knows, filled with dreck. “Holy crap!” Cod Man yells from his wobbly writing desk. “I’ve been out here for two months and have zilch to show for it. I’m bummed. Totally bummed.”

Moments later comes a pounding on the shack’s door. Standing outside in the moonlit night, a loaded pistol in his right hand, is Dick Hedd, Cod Man’s next door neighbor in Pennsylvania. Dick has tracked down Cod Man and is out for revenge. You see, three years earlier a friendly two-man game of Scrabble at Cod Man’s house had gone highly sour when Cod Man, upon throwing down two seven-letter words (halfwit and jackass) in the course of the evening, began to gloat. His gloating grew louder and wilder, reaching insane heights. Dick Hedd, certain that the seven-letter words were meant as commentaries on his personality, fumed. He stormed out the door before game’s end. And he never forgot or forgave Cod Man’s arrogance. The gents hadn’t talked since then. All the while, Dick waited patiently for his moment to avenge the foul deed. Among Cape Cod’s dunes that moment had arrived.

Little more need I say at this point. I have the book’s remaining plot lines worked out quite well. Everything fits. Everything is meaningful and believable.

Now all I have to do is write the entire story. Soon I shall begin.

(Don’t be shy about sharing this article or about adding your comments. Thanks.)

54 thoughts on “The Book Within Me”