Oh, to be back in the hippie era, that golden time when I was young and when open minds and open arms were, for many, the order of the day. Alas, it is long gone. Now, here in the USA, there is an abundance of folks who are anything but welcoming. In fact, one of their primary missions is to deprive others of basic rights required for democracy to survive, let alone prosper. I find that truth hard to believe and even harder to understand. A sad example occurred in January: the banding together of every Republican Party member of the United States Senate to doom the passage of a bill that would have helped protect voting rights. Would any reasonably moral and honorable person vote against such legislation? They wouldn’t. Those senators, troublingly, are nowhere near moral and honorable.

Yup, gloomy describes the state of affairs in my country. And that word also describes the recent morning (a few days before the voting rights bill met its demise) that sparked the writing of this story. Grey as hell, not to mention damp and chilly, it was bringing me down. So, I hopped into my car and drove to Willow Grove Park, a three-story indoor shopping mall near my home in the Philadelphia burbs. I was in need of a barrage of color jolts not obtainable, for the most part, within my house, where earth tones and soft blues predominate.  Not that I have anything against those hues. Au contraire. An overly tense f*cker, I’d be even more on edge without their calming influence. 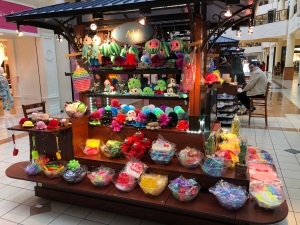 I made the right decision, as the mall turned out to be precisely what the doctor ordered. I walked around for 45 minutes, happily permitting window and merchandise displays and an arcade popping with multi-hued energy to brighten my mood. 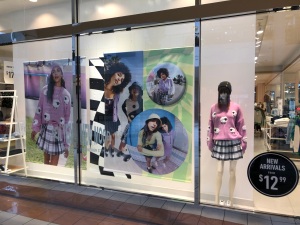 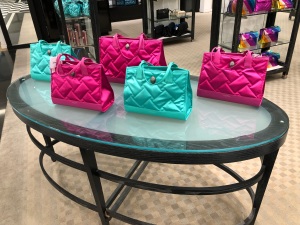 Bold yellows, reds and oranges, exploding at elite levels as only they can, were all over the place. At one store’s windows, pink and lavender, working together in sweet harmony, seriously caught my eye. And I was captivated by the inner and outer glow of handbags that, two minutes into my trek, I spotted on a table in Bloomingdale’s department store. Three in cherry and two in green, the accessories projected a self-confidence that I was in awe of. Shit, I’d be delighted to be half as cool and enticing as they are. 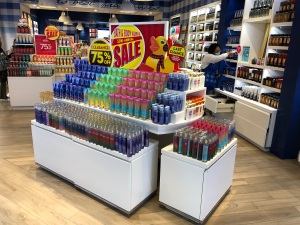 Colors are powerful, for sure. They influence our thoughts and emotions, our very states of being. And sometimes they inspire the creation of excellent music. The world would be a lesser place, for instance, if Little Green, a song by Joni Mitchell, were not in it. The same holds true for Elton John’s and Bernie Taupin’s Goodbye Yellow Brick Road.

Those tunes reside on the melancholy side of the spectrum. What I’m in the mood for right now, however, just as I was when I headed to the mall, are some strong jolts. What’s more, I want the jolts to emit lots of steam. Overly tense f*ckers need stimuli of that nature now and then, don’t they? Damn straight they do.

Well, there is no shortage of recordings that deliver the goods. One of the best is Little Red Corvette, by the late, great Prince. Released in 1983, it recounts an encounter with a lady who loves to give and to receive.

And then there’s Devil With A Blue Dress On, written by Shorty Long and Willam Stevenson. Most folks, including me, are unfamiliar with those composers, but nearly everyone has heard the recording of their song, from 1966, by Mitch Ryder And The Detroit Wheels. It gets my juices flowing every time I hear it. By the way, Mitch and the boys mixed Devil With A Blue Dress On with Good Golly, Miss Molly, two songs seamlessly becoming one.

The party’s starting! Here are the tunes. Feel free to comment on them, politics, democracy, colors, or anything you like. Till next time!

154 thoughts on “A Gloomy And Colorful Story”