It’s rough out here in the blogging world. I tell you, it’s rough. After what happened to me this past Friday I think I might have had enough. Possibly this will be the last story I compose for quite a while. I can’t say for sure. But this I do know: My nerves are badly shaken. Yours would be too if you had been rigorously reprimanded and questioned, as I was, by the president of BAFFF (Blogging Ain’t For Fools, Fool). 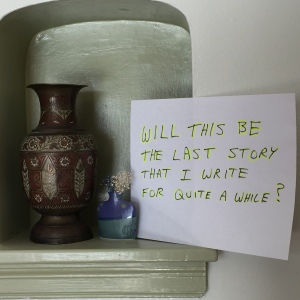 Friday began quietly and propitiously before turning nasty. After breakfast I retired to the living room where, deep in dreamland on the sofa, I made the most of the next several hours. I was ridding The States of zombies and vampires when suddenly I was awakened at 11:30 AM by a series of powerful, rapid knocks on the front door. “Open up, Neil, at once! This is Mal Practiss, president of BAFFF. I’m here to give you a good talking to.”

I opened the door and let Mal in. As a card-carrying member of BAFFF I had no choice but to do so. Silently, I took his coat and led him to the dining room table. There, we took seats.

“Neil,” Mal said, looking straight into my eyes, “I’m certain you realize that, as a blogger, you are expected to meet stringent standards. One of BAFFF’s purposes is to monitor all of America’s bloggers, making sure they write when they should be writing and that they are telling the stories that cyberspace needs to be filled with.”

“Neil, it has come to my attention that twice — I say twice — in the past two weeks you failed to pen articles that would have fit your blog’s pages like the finest of gloves. Like most of your output, they would have described somewhat accurately your barely second-rate mini-adventures in life. First, you and your wife Sandy went to Philadelphia to see the movie 20th Century Women and followed it up with dinner at Panorama, an acclaimed restaurant located in a part of town that dates back to when Ben Franklin and Thomas Jefferson strode manfully through the streets. Wasn’t there a story in all of that?”

“And nine days later you and Sandy went to a house concert in Media, Pennsylvania to hear Ben Vaughn and his group. Ben Vaughn is a talented songwriter and musician who has been doing his offbeat thing for decades, and house concerts are intimate gatherings that the majority of your handful of readers probably don’t know a thing about. Neil, as with the first instance, it is unacceptable that you failed to commit a blog piece to that night out. Sir, and I use that term loosely, you better have good reasons for your neglect. If not, your blogging privileges are in jeopardy.”

“Humma, humma, humma,” I stammered admirably. A few moments later I finally was able to ask the obvious questions. “Mal,” I said, “how in the world do you know about all of this? Are you related to Kreskin?”

“Kreskin? Are you kidding? The evidence was there for me to see. I know you saw 20th Century Women because the photos you took at the theater are up on the iCloud, which needless to say I have full access to. And my access extends to OpenTable’s database, on which your Panorama reservation resides. As for The Ben Vaughn Quintet’s concert, luckily somebody videotaped the first number they performed that night and put it on FaceBook. The back of your goofy head, three feet away from the accordion player’s left elbow, is unmistakable in that video. Are my answers sufficient?”

I gathered my thoughts as best I could and took a deep breath. “Mal,” I then said, “I fully expected to write about the movie and dinner. But 20th Century Women disappointed me so much. I was sure I was going to like it, but uh-uh. It was slow and seemed almost like a hodgepodge of scenes sewn together. And I couldn’t have cared less about any of the five main characters. They were dull. Anyway, when the movie ended I didn’t see the point of writing about it.”

“Yeah, maybe I should have written a report about Panorama,” I went on. “It’s a real good restaurant. The food tastes and looks terrific. But it’s a given that any blog story about a restaurant should be stuffed with photos, and Panorama isn’t the kind of place where you whip out your phone and snap pictures of each dish. I’d have felt like an idiot doing that. What can I say?”

Mal nodded his head in sympathy, or so I thought. Then he said, “That’s unacceptable, Neil. A good story was there for you to mold, and you left it lying on the table. Let’s move on. Talk about Ben Vaughn.”

“Mal,” I said softly, “this is a different situation. I had no intention to write about that show. I’d have felt stupid sitting there jotting down notes on the music and taking photos. I mean, house concerts are special affairs — a small crowd pays to see a show in someone’s home, for crying out loud — and I didn’t want to disturb anyone sitting around me.”

“But, Mal, I’ll say this. The Ben Vaughn Quintet was really good. Vaughn’s songs are wry and understated. The band played maybe 25 tunes, including nearly every one from their new album, Pièce De Résistance, which is a winner. Ben’s a good singer and guitar picker. And how many rock bands include both a saxophonist and an accordion player? Hardly any, that’s for sure. The band was cool.” 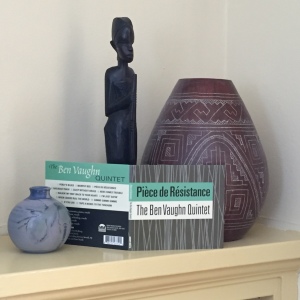 There was little more I could add. Fortunately, a few seconds after my speech ended Sandy entered the room. Mal’s expression softened when he saw her. “Mal, Sandy. Sandy, Mal,” I brilliantly stated.

Mal sent a subdued but warm smile Sandy’s way. “Sandy,” he said, “as I imagine you know, your husband’s judgment leaves, shall we say, much to be desired. He doesn’t seem to understand the basics of blogging protocol. But I’m a reasonable man. I came here expecting to put a temporary or permanent stop to Neil’s blog. But I won’t. As long as he wises up in the future, that is. Neil, do you agree that you insulted the standards of the blogging community with your recent inactions?”

“Yes, you are. This has been an unpleasant meeting for you and me. And it’s almost time for me to leave. Before I do, though, let me remind you that your BAFFF membership is due for renewal. It’s $500 for the upcoming 12 months, as you know. And worth every penny of it. Get your checkbook. I’ll wait.”

Click here to watch The Ben Vaughn Quintet perform at the house concert.

You can listen to The Ben Vaughn Quintet’s new album by hitting the Play button below: